A prize competition with awesome prizes

Prague is the largest city in the Czech Republic. It is situated on the Vltava River that is crossed by beautiful bridges. The city is an open-air museum full of picturesque streets and historical buildings at every turn. Prague’s attractions attract many a tourist, so no wonder it’s one of the most popular cities in Europe. But the city has seen less tourists lately than it normally would, which means now is an ideal time to pay the Czech capital a visit. Together with the Czech Youth Association, we’ve offer you accommodation in youth hostels in Prague. But first let’s see why you should travel to Prague in the first place. 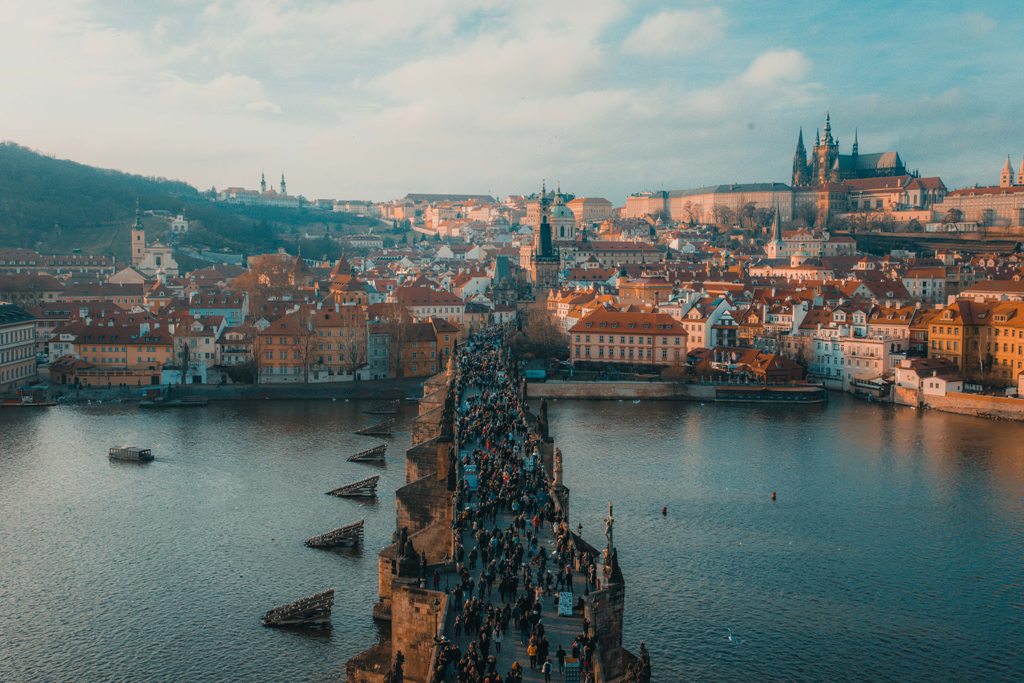 What to see in Prague

The old medieval town, with the Hradčany castle district and the Malá Strana royal district on the left bank and the Staré and Nové Město districts on the right bank, is especially worth exploring. The cities most notable feature is Prague Castle, which is said to be the world’s largest castle. It was once the seat of power for the Czech kings who had been visiting the castle throughout almost all of its architectural styles of the last millennium. The Czech Republic’s most popular king is the famous Charles IV who also became Holy Roman Emperor and is a true Czech hero. He was one of the most erudite monarchs of the fourteenth century and he accomplished more with diplomacy than war, bringing peace to Central Europe. Under his rulership, Prague became a political, economic and cultural centre of the Holy Roman Empire. He built the St. Vitus Cathedral, Nové Město and Karlštejn Castle, and founded the famous Charles University. But let’s continue our tour of Prague. You can cross Charles Bridge, adorned with 30 statues, to get to the other side of the river. There, you should definitely visit the old town square where you’ll find an astronomical clock that has been there ever since 1410 and is one of its kind. The Jewish Quarter is also worth visiting and it’s the most well-preserved monument of Jewish history in Europe. One of the special attractions is the John Lennon Wall where you simply must take a selfie.

All about the prize competition

And now here’s your chance to win free accommodation in one of the hostels in Prague. All you need to do is provide a correct answer to the following question: In which century did Charles IV, a king who left an indelible mark in the history of the Czech Republic, rule?

The prizes are truly phenomenal:

The prizes can be redeemed either in Hostel Downtown or Hostel Advantage. Both hostels are located in the old town of Prague. The friendly staff are always there to help you out and give you tips on what to see and do. They’ve prepared numerous free activities for you, such as tours of specific parts of the city and beer tasting in the hostel where you can try out 10 different types of beer. The most popular activity is making dinner in groups where you can just feel the spirit of travelling. You can meet other travellers in the garden, while playing cards, or in the common room.

Now hurry up and give us the correct answer (tip: the answer to the question is hidden in the text) and the prize could be yours: